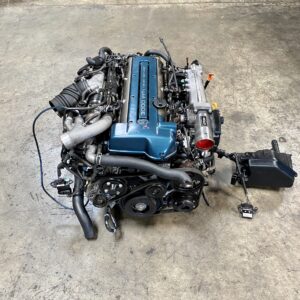 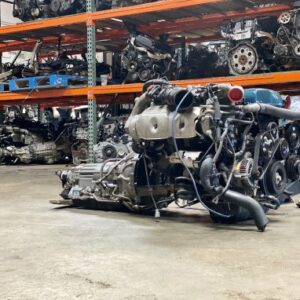 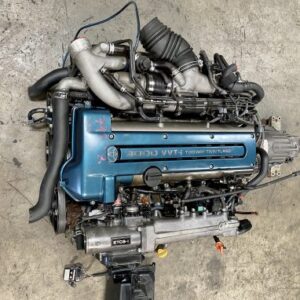 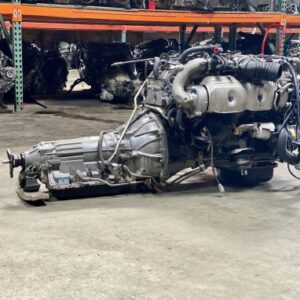 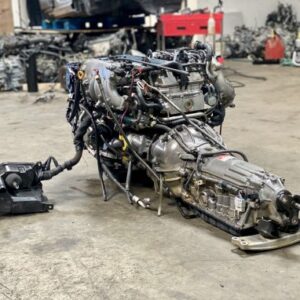 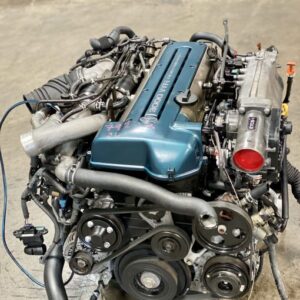 JDM Toyota 2JZ GTE VVTI For Sale.The most powerful version of all JZ series, the 2JZ GTE engine is best known for powering MK IV Toyota Supra. The 2JZ-GTE VVTI Twin-turbo motor is part of Toyota’s JZ engine family and undoubtedly one of the favorites in its class. With its perfectly designed inline-6 engines, they were built to homologate the Toyota Aristo for the Japanese Grand Touring Car Championship (JGTC) and later on funneled into the market as a replacement for the older M-series engines.

This Supra differential has cooling fins on the casing as well as on the back cover – for increased life and heat dissipation. This differential has the appropriate gear ratio for the 6 Speed V160 Getrag Supra Transmission. This Engine and Transmission are in excellent running condition and were removed in Japan from a clean running, low mileage donor vehicle. This Drivetrain Set Would Be perfect for anyone wanting to convert their Naturally Aspirated Supra into a Complete twin-turbo six-speed. 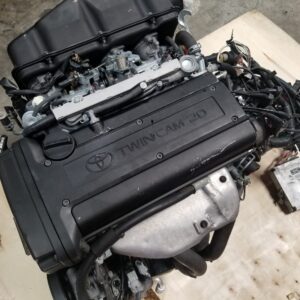 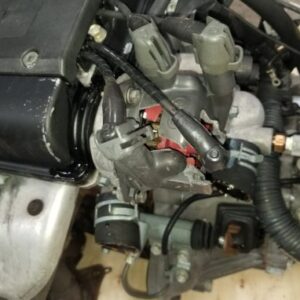 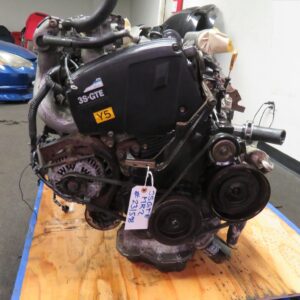 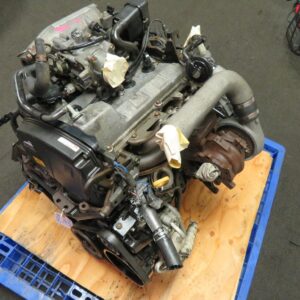